The Community Foundation provides grants for innovative projects and programs that enhance the vibrancy and livability of our community. To begin the process of applying for a grant, follow the steps below. 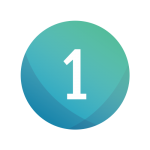 DISCUSS YOUR IDEA WITH SUE NELSON 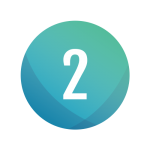 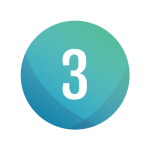 Community Enhancement Funds provide grants for projects and programs that have a tangible effect on enriching life in Marathon County. The following checklist, and the guidelines linked below, may help determine if your project or program is eligible for consideration for funding.

Notification: By the end of the deadline month the application was submitted

Applicants are strongly encouraged to discuss their project ideas with the program officer prior to completing an application – especially if this is a first-time application submitted to the Community Foundation.

The Community Arts Grant Fund encourages cooperation and expansion of arts opportunities within our area. Grants are awarded for projects and programs that reinforce the quality and diversity of the arts in north central Wisconsin.

Notification: By the end of May

(Marathon County) Beyond Pencils and Beyond Crayons Grants are available to 4K-12 teachers throughout Marathon County to initiate innovative and creative projects and programs that enhance their curriculum. Through a competitive review process, our selection committee looks for proposals that fill a specific need, are cost-effective, provide educational value, and demonstrate a sense of community.

The Ed & Joyce Creske Family Foundation Fund is a way for the Creske family to continue to give back to the community and the people that have been good to them during their lifetime.

Requests for funding are limited to charitable organizations that serve central Wisconsin – specifically Lincoln, Marathon, and Portage Counties. Preference will be given in the review process to charitable causes that directly affect the community of Mosinee.

If you have any questions during the application process, you can contact Sue Nelson, Program Officer at the Community Foundation office.

Proposals are accepted for specifically identified projects and programs that will benefit nonprofit organizations located in communities formerly served by Mid Wisconsin Bank. The following guidelines are taken into consideration:

Notification: By the end of November

Applicants are strongly encouraged to discuss their project ideas with the program officer prior to completing an application – especially if this is a first-time application submitted to the Mid Wisconsin Foundation Legacy Fund.

The Murco Foundation board of directors reviews grant applications on an annual basis. Applications are considered from nonprofit organizations serving the greater Wausau area and Marathon County. The focus of their funding is for the advancement of education and the arts in our community. See grant guidelines for more information.

Notification: Within 45 days of application deadline

Applicants can forward questions regarding their proposal to the Murco Foundation representative.

The Clyde F. Schlueter Foundation Fund continues to honor the original intent of Mr. Schlueter’s generosity. The advisory board generally makes recommendations for grants to nonprofit organizations for projects that:

Adhering to the original foundation’s intent, the following will generally not be funded from the Clyde F. Schlueter Foundation Fund:

Notification: Within 45 days of application deadline

Applications are considered from nonprofit organizations serving the greater Wausau area and Marathon County, Wisconsin, that improve the recreational resources and activities of our area.

Established in 2000, the Merrill Area Community Foundation continues to build a solid financial base for the future. The advisory board set a goal of building a fund balance that would grow and develop to meet the current and future needs of the Merrill area. A major step toward that goal was realized in 2007 with the success of a community fundraising campaign spearheaded by a $100,000 challenge grant from Church Mutual Insurance Company. Businesses and individuals responded to that challenge by pledging over $200,000 in matching funds, which took the campaign to $311,000.

With a current fund balance in excess of $600,000, the earnings from the Merrill Area Community Foundation Fund provides opportunities for the Merrill area to prosper today and on into the future.

A board of local representatives meets regularly to conduct business and to review any grant requests received within that time period. Applications can be submitted through the CFONCW application website. Grant guidelines can be downloaded by clicking here.

Designated and Field of Interest Funds:

The Merrill Area Community Foundation Fund is governed by a volunteer board of directors chosen for their commitment to, and knowledge of, the needs of the community. Members of the board include:

(Merrill Area) Beyond Crayons & Computer Grants are available to Pre-K to12th grade teachers throughout the Merrill School District to initiate innovative and creative projects and programs that enhance their curriculum. Through a competitive review process, our selection committee looks for proposals that enrich the educational experience, motivate and inspire students, educators, and the community, fill a specific need, are cost-effective, are educational and fun, and demonstrate a sense of community. Application deadline is 5 p.m. on October 1.

The A. Ward Ford Memorial Research Committee is accepting grant proposals for direct clinical or basic science research investigating current use or potential new applications of laser or other light based therapy. Applicants must be enrolled in or have completed an MD residency or PhD post-doctoral training at the time of application, and must be a member or applicant for membership in ASLMS at the time of the award. Grants up to $65,000 will be awarded. Application deadline is June 1.
READ MORE

Nonprofits strengthen our community, and the Community Foundation of North Central Wisconsin is committed to helping you thrive. 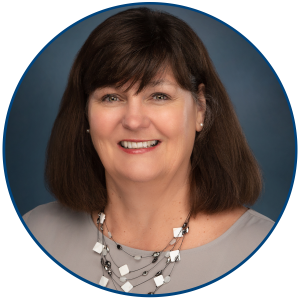