The Elizabeth S. Peters Scholarship for the Advancement of Women Fund is a first-of-its-kind scholarship to help women launch a career in accounting while also having the potential to help bring women back into the community. 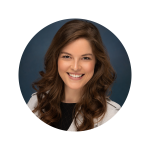 By: Jenna Weix
Director of Marketing

When Mollie Peters talks about her mom, you can hear the pride in her voice. “My mom was a trailblazer, especially for women in accounting,” she said. Rewind to the 1960s, and you will understand why someone like Elizabeth Peters is such a torchbearer for women in our area. When most accounting firms were not hiring women, Elizabeth became the first female partner in Wisconsin. She became a partner at Wipfli Ulrich, right here in Wausau. “It wasn’t easy,” continued Peters. “I remember her saying she couldn’t go out on certain jobs because she was a woman. She gave Mr. Ulrich an ultimatum, saying that if she was not made a partner, then she was going to leave.” Fast forward to today, and not only is there a scholarship in her honor, but there are now more women than men in the accounting profession.

The Elizabeth S. Peters Scholarship for the Advancement of Women Fund is a first-of-its-kind scholarship to help women launch a career in accounting while also having the potential to help bring women back into the community. “One of my mom’s wishes was to have a scholarship set up in her name that would help other women get ahead in accounting,” Peters stated. “The idea has since evolved to having an impact on women throughout Marathon County going into the Wisconsin college system.”

A local native, Elizabeth attended Wausau High, where she graduated valedictorian of her class, and graduated with honors from the University of Wisconsin Madison in 1949. She returned to Wausau, where she became the second recipient of the Athena Award, and was the first woman appointed to the Accounting Examining Board by then Governor Patrick Lucey.

“We wanted this scholarship to be a little bit different in that it could help a young woman who otherwise may not be able to attend school and make a big impact on her life,” Peters said. “We are hoping that’s what this scholarship does. She wanted to connect women with our community and have them follow in her footsteps.” 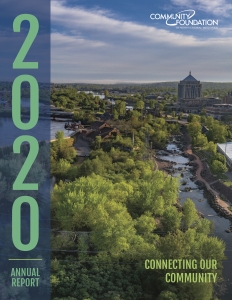 We are proud to share with you our 2020 annual report. The year 2020 caused the Community Foundation to bond closer to our nonprofits, donors, and community partners, with a focus on a better tomorrow for our area. As a result, we feel more connected to our community and remain determined to make a difference. Read Elizabeth Peter’s story and many other inspiring stories in the 2020 annual report here.